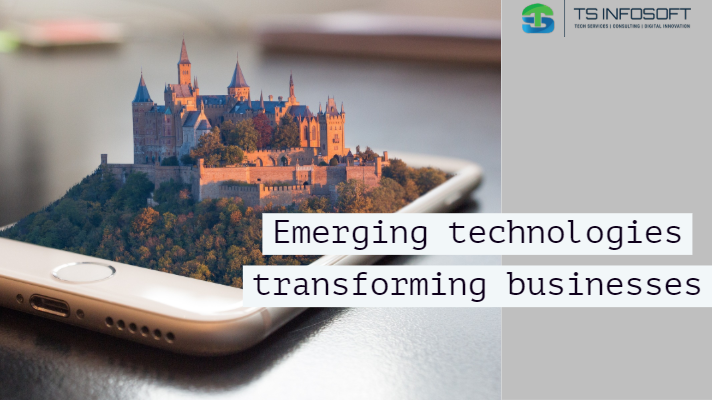 Change is the only constant in this ever-changing world. Technology is changing at an exponential rate and it is transforming so rapidly that what people use to envision ten years from now became a reality. It was only a thought that the doors of the parking lot would open automatically whenever they reach near their garage door. It is now a reality. With the help of the cloud and RFID sensors, technocrats had made it possible. Advancement in Computer technology is embracing human lives and it is revolutionizing the way people can even think. In this article would be discussing the technology that is modifying human lives.

Internet of things or IoT is an ecosystem of interconnected devices that have different sensors and helps in identifying real-world signals. It helps the user to take the decision on a real-time problem. IoT is enabled in different forays namely healthcare, logistics, autonomous cars etc.

A blend of Virtual Reality and Augmented Reality:

Virtual Reality is basically the usage of computer technology in general and software expertise in particular to create a virtually simulated environment. This technology helps create an outer environment and simulate the experience of the end user such as vision, hearing and even senses and the end the user tends to believe it is the original world.

Augmented reality, on the other hand, is an innovation that superimposes a software produced a picture on the client’s perspective on this present reality, giving a composite view

A mix of Augmented Reality and Virtual reality is adopted by some dominant medical institute to help the doctor’s practice and gain expertise on the subject matter.

Blockchain is an algorithm and distributed structure of data used for managing cash, land records, medical records without a middleman among the parties who are not familiar with each other. Bitcoin was originally designed for crypto-currency. Blockchain is considered to be one of the major technological changes and is believed to dominate the banking and healthcare industry for its distributed network technology.

In this era of mobile technology the users are continuously generating data continuously and these data are kind of unstructured data. The organisations need to analyse the data to gain insights about their customer, to conduct product and other marketing initiative. Hadoop and spacer are the renowned frameworks for solving complex Big Data Problem.

We use cookies to ensure that we give you the best experience on our website. If you continue to use this site we will assume that you are happy with it.OkPrivacy policy